May 1, 2005 by NSC2 in Advisory Desk, Technical
Although the fundamental issues relating to the effect of applied tension and preload on bolts were covered in AD 184, which deals with preload due to tightening on ordinary (non-preloaded) bolts, we continue to receive many questions concerning this effect for preloaded bolts. This Advisory Desk Note explains why the bolt load in preloaded bolted steelwork connections, when subjected to applied tension, is not the sum of the preload (P) and the applied tension (T). 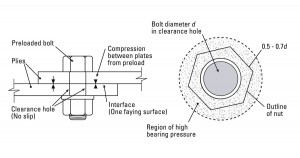 Figure 2: Equilibrium of components before application of applied tension, T 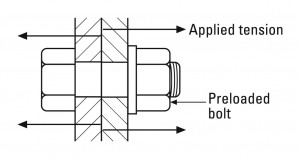 Figure 3: Applied tension acting at the faying surface of a preloaded joint

Figure 4: Equilibrium of components after application of applied tension, T

When preloaded bolts are tightened or torqued, considerable tension is induced into the shank of the bolt.  This tension in the bolt is called the preload, P, and clamps the plies together in compression as shown in Figure 1.

In preloaded bolts the preload in the shank is balanced by compression under the head and nut of the bolt, which induces the required compression or pressure on the faying surfaces for non-slip joints. The equilibrium of the components (separated for clarity) before the application of the applied tension T is shown in Figure 2. Each component has a force P and an equal and opposite reaction P.  Therefore, everything is in equilibrium.

When tension is applied to a connection component as a result of axial load or moment, designers often refer to the calculated ‘bolt load’ or ‘bolt tension’. However, in steelwork connections the applied tension does not act directly on the bolt but instead acts on the plies or plates in the joint.  In non-preloaded bolted joints the tension is then transferred to the bolt from the plies. In preloaded bolted joints the load path is different.

All the components are in equilibrium and the load in the bolt is still P.  The applied tension only reduces the intensity of pressure on the faying surface from P to (P-T) and the equilibrium of the ply is T + (P-T) = P. The bolt load remains P and is not the sum of P+T.

From the equation of equilibrium for the ply, if the applied tension equals the preload, P-T is zero and the plies are on the point of separation but the bolt load is still equal to P.

If T is greater than P the bolt will have stretched and the plates have separated; the bolt load is then equal to T.  At this stage the connection is behaving as a non-preloaded bolted joint. The bolt load cannot increase above the preload P unless the bolt stretches and the bolt cannot stretch until the plies separate.  In general, there is no increase in the bolt load unless the applied tension exceeds the preload.

A similar analysis can be carried out assuming the applied tension acts at the external face of the plies and that the plies are not rigid. In this case the plies and the bolt stretch slightly, due to the load applied at the outer face, but because the stiffness of the plies is much greater than that of the bolt, the strain and the increase in the bolt load above the value of the preload P will be very small. However, again, the main point to note is that the bolt load is not simply the sum of P+T.

Note that the value of T applied at the bolt position must include any value for prying action, where it occurs. Prying is a complex subject and depends on many variables including the bolt and ply dimensions as well as the layout of the joint.

If a designer engineer requires greater understanding of these issues they are referred in the first instance to the article by P. J. Gill – Notes on the Load Carrying Characteristics of Pre-Tensioned Bolts: Tensioned Joints – that appeared in the Proceedings of the Jubilee Symposium on High Strength Bolts, The Institution of Structural Engineers, 1959.  This Advisory Desk Note has drawn heavily from this article.